What a great day we had at our virtual Glorious Goodwood – special thanks to ‘Brian the Snail’ who came in third by a nose at 66/1 and meant we only had a loss of a couple of quid each on the day. The ladies all dressed up (details on our amazing hats another day): I didn’t deliberately set out to look like a pearly queen.

An unexpected bonus – and very apt, given that in a non Covid world we’d have been at Highclere (Downton Abbey) for Battle Proms – was the NHS spitfire flying almost overhead.

A bit of a flyby mailing today as we’re about to launch into a weekend of fun, with a virtual raceday followed by an in-house spa day. Mr Cochrane and I will not  be providing whale noise while our daughters tone their faces.

Jury of One is now also out in audio book, which makes two of the Lindenshaw mysteries now available for you listen along to.

Last time, Mrs Beeton had begun to work for the mysterious Messrs Murchison and Quentin (note the initials). Where did that lead her?

And finally – a mystery. Seen on the golf course (ignore the smiley face). What can that metal thing with the rivets be? Any ideas, please let me know. 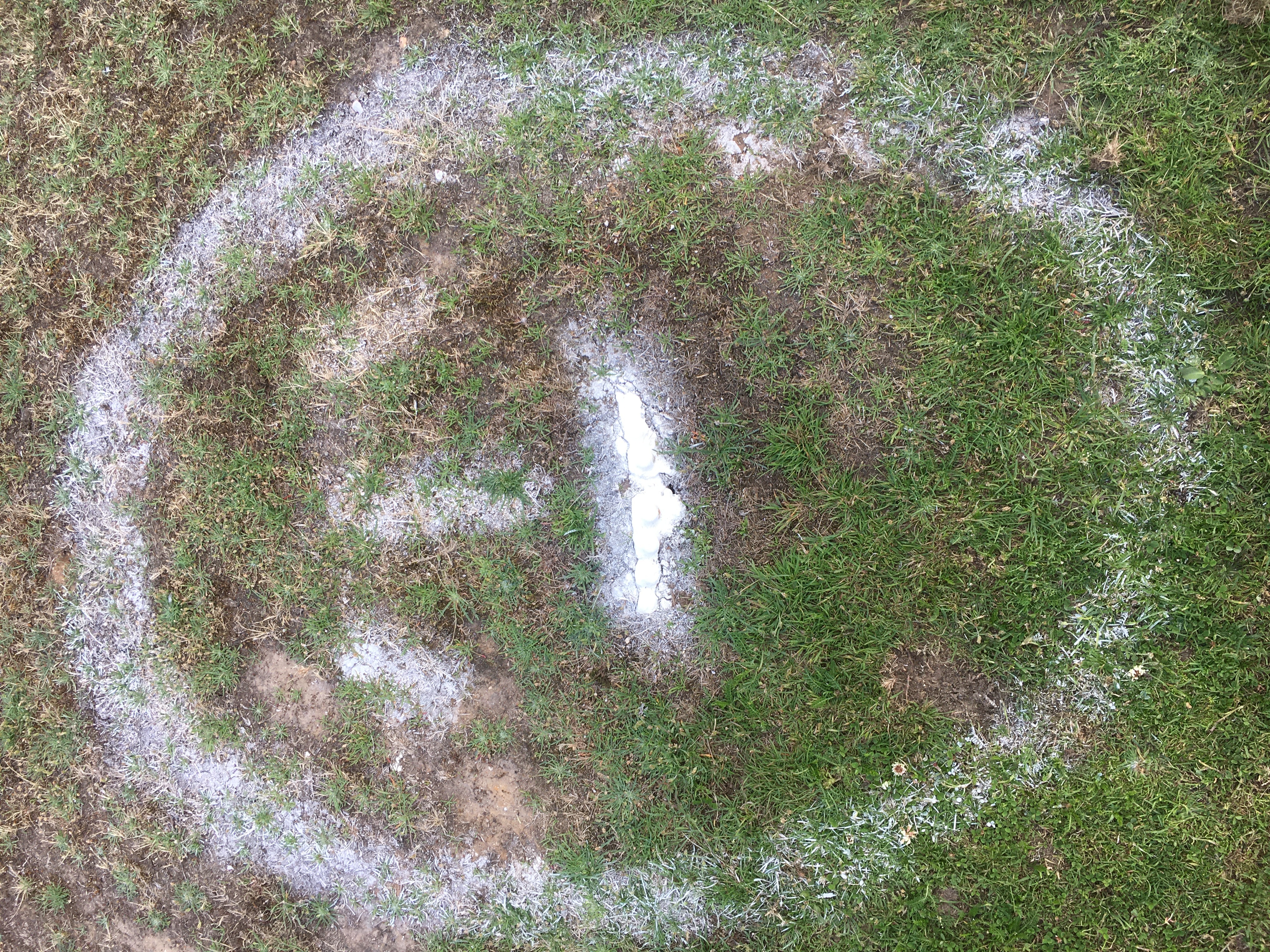 This weekend we’ll be enjoying the wonders of Glorious Goodwood and a spa day, all without leaving Cochrane Central, thanks to ITV, Ladbrokes.com, Waitrose, Boots the Chemist and a bit of imagination.

We’ve done a virtual raceday before – the girls all dress up, with home-decorated hats, we put our money into a race pot and act like we’re on the course. Virtual spa is a new invention, but things like facials and lemon water will feature. Mr C and I are refusing to produce whale song…

Last week felt the nearest we’ve been to normality for ages. Lots of live sport on telly helps lift the mood, of course, and a couple of days staying with middle daughter (socially distanced, of course) was good, too. We walked, had a coffee out, had a meal out(!) and visited the Wild Place Project. Of course some people weren’t being in any way sensible, but every place or business we visited was trying hard to keep staff and customers safe.

Fallen oak at Exbury which has had its year rings labelled.

View from the Clifton bridge.

Hello. Apologies for the hiatus between newsletters. I don’t know about you, but I’m finding the gradual easing of lockdown has made us really busy. In fact, lockdown as a whole has been a touch manic. Lots of new skills learned, though, like helping to write a bid for lottery funding and cleaning out drains.

The Bold Strokes Books online panel I took part in (about writing romance and what it brings to the reader) is now available via youtube. I found it really amusing that two of us chose a ‘favourite romance quote’ that originated with Winnie the Pooh!

Another good review for A Carriage of Misjustice at Rainbow Book Reviews:
an interesting mystery, engaging characters, a big slobbery Newfoundland, and I had no problems reading it as a stand-alone

Also a lovely review of The Best Corpse for the Job audio version at Padme’s Library.

I loved how the author used the characters’ determination to keep it legit by slow burning the sexual tension until the crime is solved), drama, and of course everything that lovers of English mysteries have come to expect: murder and wit.  Let’s face it, these English villages must be some of the most dangerous places to live on the planet😉😉. (Charlie’s note – I agree about English villages. At least, they’re dangerous places in cosy-mystery-universe.)

You’ll remember (I hope) that we left Mrs Beeton, she of the famous cookbook, having met a mysterious Mr Murchison, who asked her if she’d like to serve her country. The thick is about to plotten, as we Cochranes say.

And finally – as restrictions ease here, we’re taking the odd opportunity to do different things, in a safe way. I caddied for Him Indoors then we had a drink in the clubhouse. Busy, isn’t it? 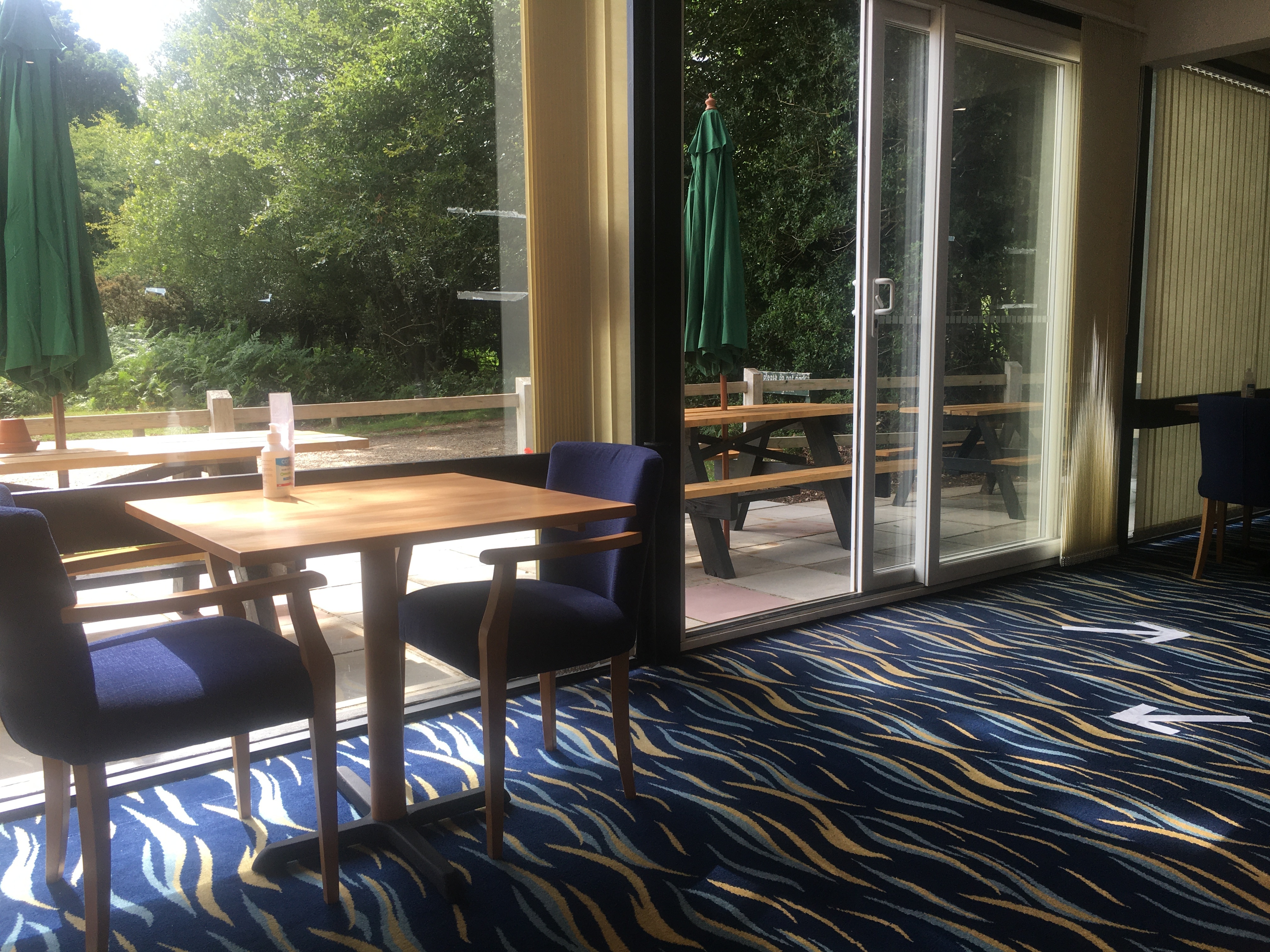 For I was hungry, and you donated to my local food bank: I was walking along the pavement and you crossed the road to give me distance: I was close by indoors and you wore your mask: I was poor and you supported free health care.
Then shall the righteous answer him, saying, Lord, when saw we thee hungry, and donated to thy local food bank? Or on the pavement, and gave thee distance?
When saw we thee close by indoors, and wore a mask? Or saw thee poor and supported free health care?
And the King shall answer and say unto them, Verily I say unto you, Inasmuch as ye have done it for one of the least of these my brethren, ye have done it for me.

I found this when I was tidying up my e-mail files. Competition I entered in February and forgot all about so I guess I didn’t get anywhere. Flashfiction, subject Romantic Novelists Association 60th anniversary.

“Is Lady Chatterley’s Lover a book you would even wish your wife or your servants to read?”

Dan forced his attention away from Rugby World. “Eh?”

“There’s an article in here.” Steve jabbed at his newspaper. “Sixty years since the Penguin obscenity trial. Some clown of a lawyer asked the question.”

Dan shrugged. “Well, obviously, I don’t have a wife or a servant—unless I count you when you wash my rugby kit—so the question’s irrelevant. Anyway, that sounds more like the sort of thing you’d hear in eighteen sixty. I mean, Shakin’ All Over was number one in nineteen sixty.”

“It came up in the last pub quiz. I’m stunned people still thought like that then. Dinosaurs.”

Steve knitted his brows. “You’re stunned? Really? What if we’d been born in thirty-five instead of ninety-five? Life would have been a bit different, and I don’t just mean you probably being evacuated from Islington.”

Dan glanced at the array of novels on their bookshelf, all of which featured boy meets boy. These varied from the sort anyone’s wife could have read, to those that would have given the question-asking lawyer a heart attack. None of them had needed delivering in a plain brown cover, unless you counted Amazon packaging.

He looked at Steve, with whom he’d been dancing at a respectable night club till gone midnight. No chance of that sixty years ago, either.

Throughout lockdown, we’ve been trying to focus on what we can do and enjoying that, rather than fretting about what we can’t. Usually it works, even when I’m thinking that we should have been going on a cruise next week. As part of managing that, I’ve been having great fun looking through old holiday snaps and trying to recreate in my mind the feeling of being on holiday, even if we’re stuck-at-home for the moment.

and going in search of these little beauties.

Since golf courses re-opened, the youngster has been caddying for her dad on a Sunday. Or, as she says, “We caddies call it being ‘on the bag’!” She was too busy this weekend and, more importantly, the clubhouse and loos had opened again, so I went along.

while the bar was packed to the rafters.

There was also the whizziest giz for ensuring you didn’t need to touch the flag!

Of an evening, I sit in my Harlequin chair, watching a bit of telly or playing online or simply looking out the window. Been some lovely evenings recently, with the light catching the trees. You get some amazing skies this time of year, too.

Sign up for my newsletter - always goodies to be had!
Charlie Cochrane – Mysteries with a dash of slash, romances with just a pinch of spice
Blog at WordPress.com.