It’s December and, as you can imagine, I am like a dog with two tails because Christmas is coming. I know, I’m just a big kiddie but this really is the most wonderful time of the year. IMHO

The really big headline that month will be the next Cambridge Fellows, Lessons in Keeping a Dangerous Promise, which releases on Monday! It’s up for pre-order now and I’m delighted to say the print version is available, too, right here!

There’s fun – and prizes – every day through to Christmas at my old pal RJ Scott’s Advent calendar. A couple of dozen great authors taking part…and me! I’ll be popping up there on some-day-I’m-not-allowed-to-say, when I’ll be offering a bag of British goodies to one winner, to be sent anywhere in the known universe. The goodies, not the winner… 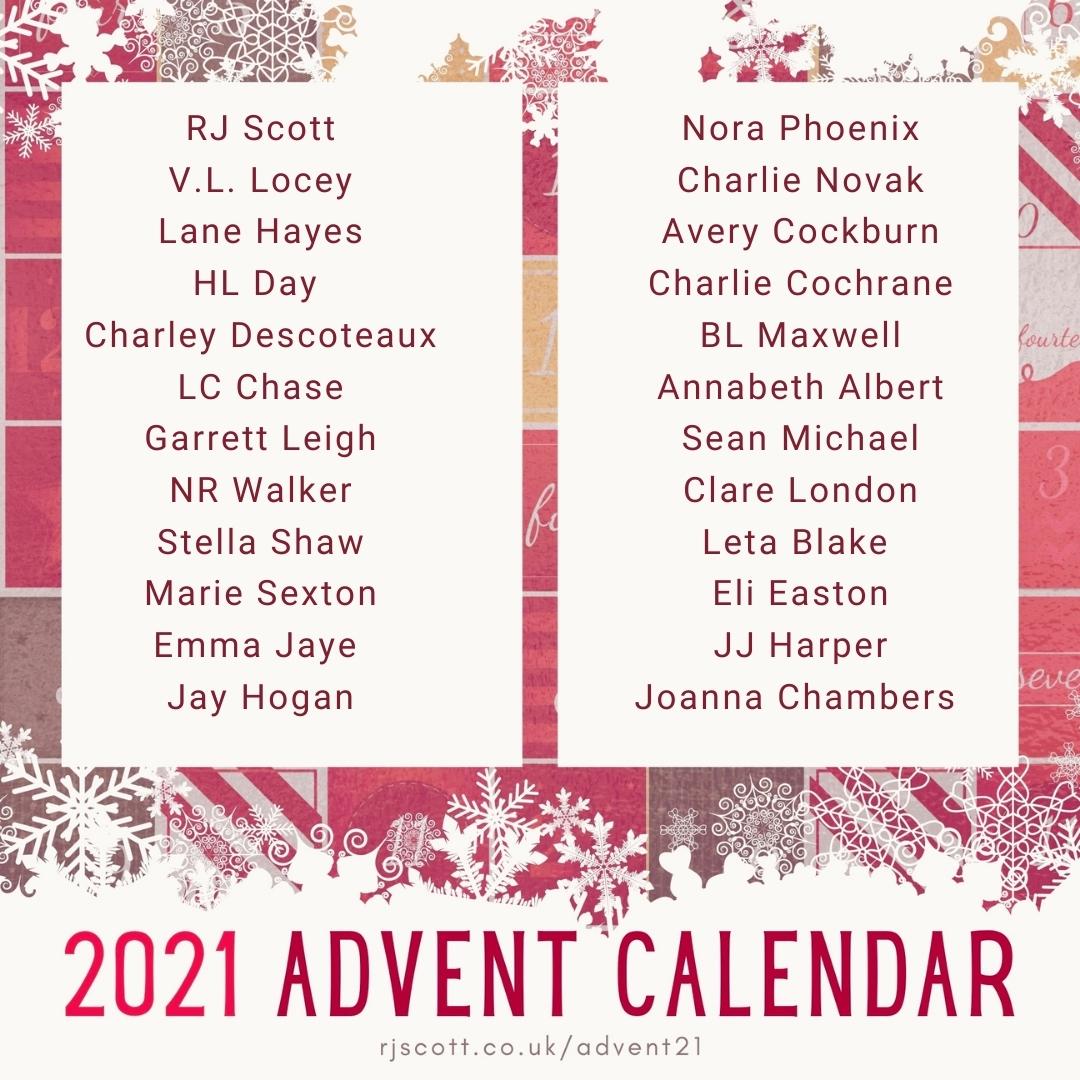 I’ve been sharing a free story every week during advent and am continuing that today. I was listening to Christmas songs on Scala radio this week, one of which reminded me of this. An early free story with Jonty, Orlando and argument and a reconciliation.

“I’ve just found out that Dr. Panesar has sent Nurse Hatfield the most beautiful bunch of red roses. Out of season as well.  It must be love.” Jonty Stewart had just returned from St. Bride’s, fairly full of the joys of winter, and wearing one of Dr. Panesar’s lovely scarlet buds in his buttonhole. Not that Orlando Coppersmith was likely to notice. He didn’t seem to notice anything about Jonty at the moment.
“Hmphmphm,” Orlando replied, immersed in a book.
Jonty eased himself into the chair the other side of the hearth from his lover. “Is that ‘Hmphmphm’ as in I think she would have preferred white or ‘Hmphmphm’ as in what a lovely gesture?”
“It was ‘Hmphmphm’ as in he should have saved his money and bought a decent jacket. His present one is threadbare at the elbows.” Orlando promptly stuck his nose back in his book.
“Everyone seems to be receiving little love tokens at the moment,” Jonty went on. “Miss Peters is getting a non-stop supply of chocolates from some chap down at St. Thomas’s, who has declared undying love for her. She takes them down to the orphanage and watches the little tykes eat them, so they reach the intended recipients. Are you listening?”
“Yes. Chocolates. Thomas’s. Tykes.” Orlando never looked up.
“Time was when you used to bring me little doo-dads. Mint Lumps. Champagne…” Jonty’s voice trailed off, a sign he hoped his lover would pick up that all was not well. But Orlando was preoccupied as usual.
“Hm? I believe I may have done. Yes.”
“Oh to hell with it. Believe you may have done? Perhaps it was another lover then, Orlando, who sent me those trifles, and I’ve got the two of you confused.” Jonty rose from his seat, in a marked manner. “I think I’ll go to my study and contemplate the nature of the relationship between the sea captain and Sebastian in Twelfth Night. Rather appropriate to the current situation, I think.”

Read the rest here. And if you want the postscript, then pop over to my blog.

2 thoughts on “Charlie’s latest newsletter – free stories all the way to Christmas!”